Paul's View of the Millennial Kingdom

The Millennial Kingdom has historically been an object of contention among Christians. Although no believers doubt the reality of Christ’s future reign, there is much division on whether or not this Kingdom period is a literal thousand years or just a figurative number mentioned to encapsulate all of eternity. One of the main reasons questions surround this topic is because the Apostle Paul, the writer of half the New Testament, appears to not address this issue.

First, there is some truth to that statement. Paul never uses millennial terminology. However, I would like to point out that just because he did not specifically address it does not remove it from being a true doctrine. The Apostle John, who wrote the only book devoted almost entirely to future events, stated a “thousand years” six times in Revelation chapter twenty. To say that Paul’s absence on the subject proves that it will not happen literally is an argument from silence. For example, Paul also does not talk about cats, but they exist nonetheless.

Second, people often say that Paul never addressed the Millennial Kingdom, but that could not be further from the truth. Yes, he does not use those two words, but he does include the end times model in his eschatological timeline. Check out 1 Corinthians 15:23-26 below:

Paul & John: Their Purpose for Writing

To understand the Word of God properly, we must always put it in its appropriate context. The Apostle Paul wrote at a different time and to a different audience than the Apostle John. Paul wrote his epistles to churches in the middle of the first century comprised mostly of Gentile Christians. He was sentenced to death before A.D. 70 by Rome and his main focus was to teach believers about their [Gentile Christians, not Israel’s] coming salvation. Thus, he tended to sum everything up in both Christ’s return and rebuilding of the heavens and the earth. Click here to read a doctrinal statement I wrote in which I also summed up the end.

In contrast, John wrote at the end of the first century [almost 30 years after Jerusalem was destroyed]. Thus, many of the churches throughout Asia minor would have been flooded with Jewish refugees who were driven from their homeland. John was writing to Christians after the destruction of the temple who were likely struggling to understand the events taking place. Thus, his aim was to give believers a road map of exactly how things are going to happen when the Lord comes back. Neither apostle contradicts each other, they are just writing with a different purpose in mind just like the Gospel accounts.

Not only did these two write at different times, but they had different ministry contexts. Yes, John ministered to Gentile Christians as did all of the apostles, but only Paul is said to have that as his specific ministry focus (Acts 9:15). Thus, you would not expect Paul to spend very much time talking about the Millennial Kingdom in his letters since the Kingdom will be almost entirely focused upon Israel and the Jewish people. Both of the apostles knew their target audience and each emphasized the topics that were most relevant to them.

Therefore, Paul routinely encouraged his mostly Gentile audience with the coming salvation of the Church [i.e. their salvation]. John, on the other hand, wrote Revelation in a way both to exhort the Church and to instruct God’s people [both Jews and Gentiles] on the future of Israel. Galatians 2:7-9 gives us a glimpse into the ministries of the apostles:

We should keep in mind that the book of Revelation was comprised of new information that had not yet previously been revealed. Thus, we should read Revelation chapter twenty and praise God that someday soon He will set up and establish His 1,000 year reign upon this world! Some will argue that the Apostle Paul does not discuss the Millennial Kingdom and they are partially right. However, in no way does that disprove the doctrine. If anything, it backs it up and solidifies it because we can see Biblical examples of the apostles being relevant to their own target audience. It is of little concern that Paul did not write about the timeframe of the Kingdom. Luke did not write about the new heavens and the new earth, but we still hold to their coming existence. Just because one of the authors of Scripture did not write on a doctrine does not make it any less true as we ought to look at Scripture as a whole. 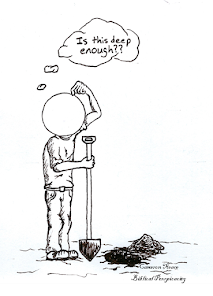 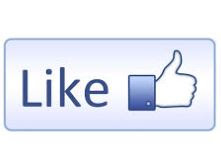